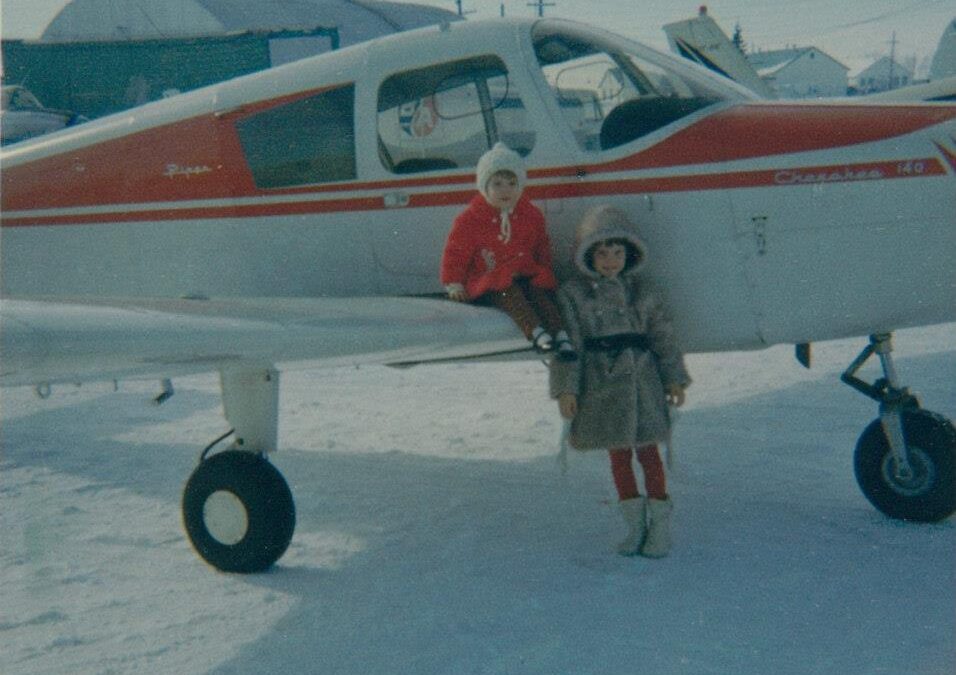 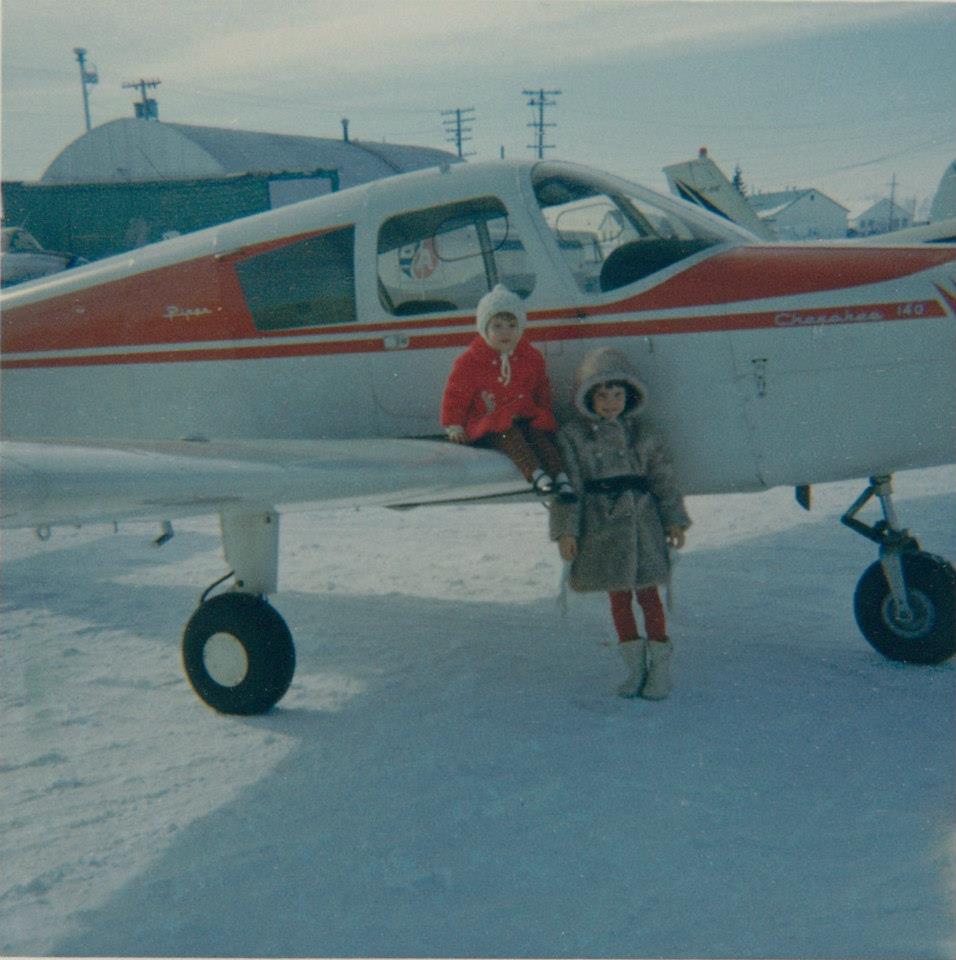 The season began tragically when my father was killed in a plane crash just two weeks before Christmas.

It was a terrible, sad time. Yet, after the funeral, my mother put up a tree for us. My grandmother was displeased, saying it was inappropriate to celebrate Christmas when her son had just died. My mother felt differently. She felt it was very important for her children to have a Christmas.

Then she made another decision, and as she packed our suitcases, announced, “We’re going to visit your uncle on the West Coast. We’re going to Victoria where there is NO SNOW!”

She was pretty excited by the “no snow” part. I was not. I was worried that the combination of “no daddy” and “no snow” would mean Christmas might not actually happen. I didn’t mention this, though. Mom was busy, and besides, the plans were made. We were to fly from Calgary to Vancouver and then to Victoria.

The trip itself was quietly terrifying for my young self. As you can imagine, considering what had just happened to my father, just getting on a plane to go somewhere didn’t seem like the best idea.

We left a snowy Calgary on Christmas Eve and landed in Vancouver to find all remaining flights that night were cancelled due to fog. Victoria travellers would have to be bussed to a ferry. This added many hours to our journey, and you can imagine how exhausted my mother was, travelling with two small children and overwhelmed by crushing hordes of cranky people in airports, busses, and then a crowded ferry.

Things brightened once we made it to Victoria and were greeted by my favourite uncle. He took us back to his beautiful home where we spent Christmas Eve, leaving snacks for Santa, with me silently hoping for miracles.

Victoria sits in one of those strange places in Canada that just doesn’t receive snow. It was lovely and green and there wasn’t a snowflake to be seen that night as we arrived. I felt my heart sadden with the thought that not only would my father not be there, but without snow, Santa might not arrive.

Christmas morning we awoke to a heavy silence. No birds singing, no car sounds, everything was very still. Overnight it had miraculously snowed.

To this day, I can still feel in the center of my body what my 8 year old self felt that morning.  An absolute certainty that my daddy in Heaven had made the snow just for us and our most unforgettable Christmas gift ever.

What IS the difference between being an empath and being empathic?

As a child I constantly heard that I was too sensitive and people were frustrated with me because I was emotional.  Sometimes I used to wonder why I was the only one crying and why other people weren’t crying!

Didn’t they feel the pain of the situation that was bringing me to tears?

Now I know, they did not feel what I felt.  It wasn’t until I was an adult and took myself for years of counselling that I discovered I had a natural ability to carry other people’s burdens.  I learned phrases like “empath”  and “burden-bearer”.  They may momentarily feel empathy for whatever the situation was, but they don’t actually take the feeling home with them, they don’t identify with it and struggle to find their own center again.

Are you a burden-bearer?

If you feel like you are carrying burdens, you are.

It’s actually not that hard to find your center and stay there.  The hard part is remembering those negative feelings are JUST NOT YOU.  It’s not your fault and it’s a beautiful sign that your boundaries are being tested. You can master this, by the way!  There are nurturing ways to care for your gifts (yes, being an empath is a gift and not a curse) and it just takes practice. 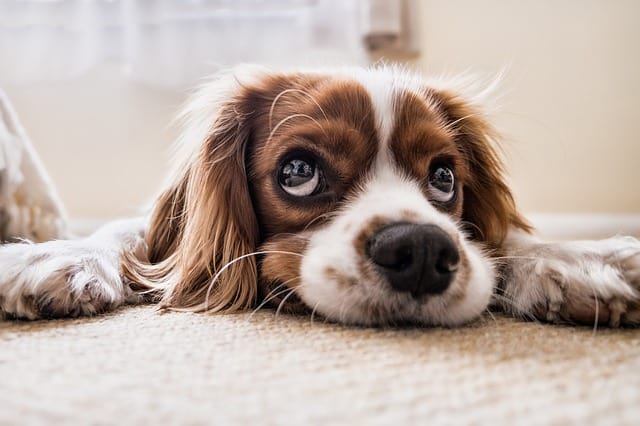 “As we grow older, especially if we are outer-directed, it is not difficult to find more and more to whine about.  This poses a risk of a negative transformation into the archetypal martyr-mother.”

“She resisted the temptation to call me up and whine when confronted with the daunting task of unpacking and beginning a new life.  Instead she play-acted an exaggerated version of her whiner, with just herself as the audience, and then kept on with what had to be done.”  (Crones Don’t Whine by Jean Shinoda Bolen)

So I suggest taking time for yourself.

Watch the sun rise because it reassures you and is nourishment for your soul.

Moon gaze because it reminds you of the connections you have to stardust.

If you feel whiny I really think you just need more time to yourself.  Go inward.

What is AFT (Aroma Freedom Technique)

AFT is a step-by-step process using essential oils to trigger a permanent shift in how we experience ourselves and the world.

Introducing the aroma of specific essential oils at the right point in the process of recall can break apart this memory complex and thereby restructure the implicit learning connected with the memory.  Results are consistent with the most recent research on Memory Reconsolidation.

How does it work?  We use beautiful, healing essential oils as part of the healing process because essential oils affect the memory centers of the brain extremely quickly.

Memories that are stressful or traumatic are stored based on the feeling of the event, not on the details of the event.  The memory is stored as a complex of images/thoughts/feelings/body sensations.  Our emotional learning is based on this memory complex.  When specific essential oils are used at the right point in the process of recall, they can break apart a memory complex and restructure your connection with the memory.

Our conscious mind makes assumptions.  Our conscious mind assumes that the memory creating stress or trauma is the one we consciously present.  This isn’t always the case. With AFT we allow the unconscious mind to access our memories and present us with the events we may have forgotten or have not connected with our current concern.

AFT is an amazing tool to use as part of intuitive counselling.  We honor what arises in each session regardless of what it is.   Sometimes the events that are recalled seem unrelated but it’s the energetic imprint of that event we are healing. 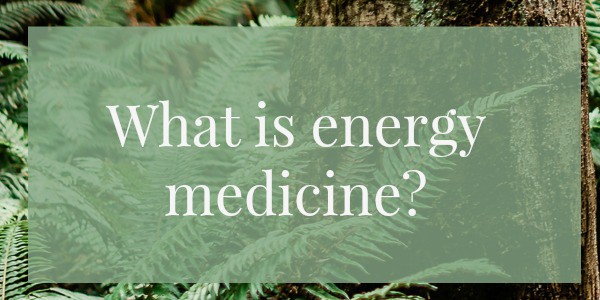 What is energy medicine?

Consider this:  We don’t HAVE energy, we ARE energy!

Your being consists of more than its physical presence.

Your experiences from babyhood and throughout your life are held in the memory centers of your brain AND ALSO as flowing or congealed energy in your physical, emotional and subtle energy bodies.

In other words, the stories of your life, your attitudes, beliefs and perspectives are held in the muscles and organs of your body AND ALSO those invisible energy fields emitted from your physical body called subtle energy bodies and auric bodies.

Everything gets stored!  The good stories and the not-so-good stories.

Sometimes the way we hold our stories and experiences causes us illness, stress, pain, depression, anxiety (and more…).  We can get caught in downward spirals.

In the past our technology wasn’t sophisticated enough to measure changes in our energetic system and now it is.  There are studies and courses focussed solely on the science behind the effectiveness of energy healing modalities like EFT, Reiki, meditation, acupuncture and yoga.  Increasingly, energy medicine is being recommended as a wellness tool for both mental, physical and spiritual health.

Energy medicine practitioners and energy healers are trained in their respective modalities.  They can help you very quickly bring awareness to the energetic sources of your distress, illness, frustration, painful emotion.  Sometimes your awareness is unnecessary.  Sometimes the healing work can be done remotely.  Sometimes just your willingness to show up and allow your healing guide to work their magic by bringing peace to your physical and energetic systems is all is takes.

I have been learning, training and practicing energy healing for years.

If you would like support to bring healing to some aspect of your life, give yourself permission to ask for help and to be well, whatever that looks like for you.

Connect with me by email (below).

Connect with Susan below

Yes, I'd love to book healing sessions with you!
« Older Entries